9 Plants and Animals Only Found in the US 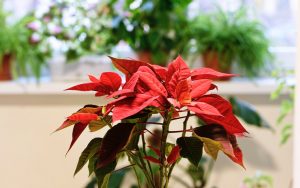 With its diverse geography and climate, the United States is home to numerous plants and animals not found anywhere else in the world. Scientists have already documented more than 200,000 species, and more are still being discovered. Due to ecological and evolutionary reasons, certain areas are characterized by a greater diversity of flora and fauna than others. Although there are many more, here is a list of our nine favorite plants and animals only found in the U.S.

Plants and Animals Only Found in the US

Below is a list of species found exclusively in the United States, including mammals, birds, reptiles, freshwater fish, amphibians, butterflies, and plants.

Have any ideas not on our list? Log in to post a comment or follow us on Instagram or Facebook for more fun facts about the outdoors. DutchWare is an industry leader in hammock camping and do-it-yourself gear for quality outdoor experiences. We love to talk gear! Contact us with any questions about our products, and we’ll help you find the equipment to cater to your outdoor lifestyle.